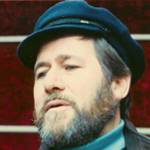 The creation of PsychoNoetics is the life’s work of Dr. Jeffrey S. Eisen, an academically trained psychologist and psychotherapist and a self realized master of Level II Enlightenment.  Dr. Eisen’s discoveries brought him to the highest levels so far of our understanding of consciousness, a breakthrough expansion of Freud’s id, ego and super-ego structural model of the psyche called the Enoe, and a revolutionary vision of the Self-Illuminated Human.

As a PsychoNoetic therapist, teacher and practitioner, Dr. Eisen’s work expands the boundaries of Enlightenment to help us understand when we are in the Right Place.  The Right Place can be described as the inner compass for the Noble Eightfold Path, and the achievement of Level II Enlightenment or Unconditional Enlightenment–an effortless state of full-time awakening.  It was woven out of many strands, among them academic and clinical psychology, Noetic Science, Integral Theory, Spiral Dynamics, Psychosynthesis, LaChance technique, Edu-K, NAET, with the transformational philosophies of Taoism, Buddhism, and Advaita Vedanta, and the internal martial arts of Aikido and Tai Chi Chuan.

Dr. Eisen is a gifted speaker, facilitator and author of hundreds of unpublished essays, four books, and a forthcoming one titled The De-Programmed Human.  Playing 20 Questions With God, An Introduction to the Clearing Path of PsychoNoetics is both an engaging overview of the development of PsychoNoetics, and a comprehensive guide to applying it to your life.  Oneness Perceived, A Window Into Enlightenment is a monumental body of work that attempts a unified field theory from the viewpoint of nonduality with academic precision and rigor, and stands to become a key reference within the alternative scientific community.

Dr. Eisen has appeared in an EnlightenNext webinar with Ken Wilber, Deepak Chopra, Barbara Marx Hubbard, Brian Robertson, and Andrew Cohen, was recorded by EnlightenNext Magazine for two online interviews (#1) (#2), and collaborated with the first director of the Institute of Noetic Science (IONS) who inspired the name PsychoNoetics.

No Comments yet, your thoughts are welcome » Cancel reply